I love Lauren Oliver so much and everything she writes just as well. Some of my favorite books of all times are Lauren Oliver books, so obviously I was eagerly anticipating Broken Things, her newest release into the suspense/mystery/thriller genre. I still don’t know how I got lucky enough but, a couple months ago, on July 31st, thanks to the #bookishwish debuts over on twitter and the generosity of an incredible bookish fairy, I managed to receive an early copy of the book. I’m still screaming about it.
But you’re here for a review and not for my screaming – or maybe a bit of both? So let’s get to it!

A PUZZLE TO SOLVE, BETWEEN PAST AND PRESENT

Lauren Oliver always manages to grab me by the throat with her writing, right from the first pages. With Broken Things, the author sets up a dark, compelling atmosphere where you can’t do anything else than turn the pages in anticipation for what’s next.

Broken Things deals with the aftermath of Summer’s death, five years ago, brutally murdered in the woods, supposedly by her two best friends, Mia and Brynn. Narrated by these two main characters, Broken Things switches flawlessly and rhythmically between Mia and Brynn’s point of view, as well as flashbacks from when Summer was alive, fiction parts from the book they both were obsessed about and parts of the fanfiction they were writing together. The way this story is told is, for me, one of the strongest suits of the story: in between the flashbacks, the present, future and fiction, we slowly but surely manage to put some pieces of a very confused, very incomplete puzzle together. As I read, I just felt compelled to read on and on, to get to the flashbacks parts again, to get to the present again, to see how everything unraveled and would unravel. I loved it.

Broken Things draws an interesting line between reality and fiction, blurring the lines and making us wonder if, for a little while, our main characters’ imagination did get overboard or if fantasy is part of the story. Filled with suspense, twists and turns I did not necessarily see coming, Broken Things also gives us a complex, flawed and slowly built cast of characters I loved discovering.

Told from two point of views, we are getting into Mia and Brynn’s head alternatively. I found that both characters were well-fleshed out and interesting to read about, with both their own backgrounds, history and differentiated voices thorough the story. Mia is quieter, stutters a little bit, but is also determined and I loved her character arc. Brynn is a bit more outspoken, I had a harder time with her overall, but I also really enjoyed her character arc.

Obviously, we also get to know a bit of Summer through flashbacks and get to know a complex, conflicted character. I also really appreciated the cast of characters surrounding them: Abby, a beauty blogger and vlogger, bold and overall amazing, Wade, Brynn’s awkward and very smart cousin, Owen, the-boy-next-door (well, kind of) surrounded with mystery and yet adorableness, too…

One thing that made Broken Things even more interesting, is how it focuses on the friendships and their complexities. We get the former friendship between Mia, Brynn and Summer, obviously, but also the broken friendship between Mia and Brynn now. We get to see friendships and relationships building, solidifying and breaking through the little group, too. There was a hint of romance, but it wasn’t too focused during the story and I appreciated that a lot. 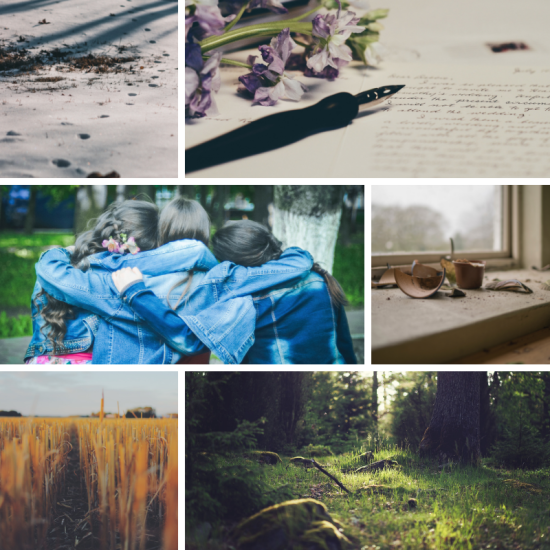 A BIT OF A DISAPPOINTING ENDING?

This is a very personal drawback, but that made me put off (very sadly) one star to this wonderful book…. it’s the things happening in the story, really. It’s a thriller and there are some delicate moments, but some of the trigger warnings unsettled me while I read and even after that, especially the animal cruelty. I would definitely advice to read trigger warnings beforehand for this book and to please be careful while reading.

Another thing that did not quite satisfy me was the fact that this book doesn’t give a proper conclusion, for me, for both of the characters. If I found Mia’s ending satisfying, I was missing a closure on Brynn’s side, too.

If you’re looking for a compelling thriller to devour, I’d definitely recommend reading Broken Things. With great characters and suspense until the end of the book, it was such a wonderful read that confirms that, for me, Lauren Oliver really can write everything perfectly well.

It’s been five years since Summer Marks was brutally murdered in the woods.

Everyone thinks Mia and Brynn killed their best friend. That driven by their obsession with a novel called The Way into Lovelorn the three girls had imagined themselves into the magical world where their fantasies became twisted, even deadly.

The only thing is: they didn’t do it.

On the anniversary of Summer’s death, a seemingly insignificant discovery resurrects the mystery and pulls Mia and Brynn back together once again. But as the lines begin to blur between past and present and fiction and reality, the girls must confront what really happened in the woods all those years ago—no matter how monstrous.

Did you read Broken Things? Do you want to? Did you read anything by Lauren Oliver and did you enjoyed it? (If not, YOU SHOULD she is amazingggg!)

Are you a fan of thrillers – mystery books? Let me know in comments!