Happy Sunday everyone! It has been a little while since I talked about traveling on this blog and, if you remember correctly, I announced something rather exciting for this March in my monthly wrap-up before…

Okay, I’ll admit it. I suck at suspense and you basically figured it all out, since, well, the name of my post.

Living in France and pretty far away from the capital city, Paris, I rarely have the money and occasion to get to the book fairs happening there… and it rarely happens that there are authors interesting me, there, either. Always, and even more since I started blogging, I stumbled upon people talking about book fairs, meeting amazing authors, taking pictures with them, flailing and getting new books, meeting their book blogging friends and so on and… I’ll admit it, I could have been a little jealous and still kind of am, since geography never seems to be on my side for this one.

A couple months ago however, I found out that the biggest bookfair in France would be, as always, happening in March and that a couple of amazing authors would be there. Naturally, I struggled, begged my sister to come with me on this adventure and a couple months later, there we were, on a Friday evening right after work, on a train to Paris. 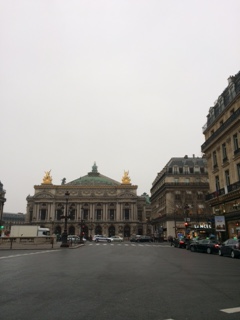 We wanted to get to the book fair, obviously, to meet and cry with these amazing authors, but we also wanted to take a bit of time to explore the city, because well, Paris. It wasn’t our first time there, but we’re not lucky enough either to go there every weekend or so and, revisiting our favorite monuments was something we really wanted to do. Schedule and map in hand, we did.

Beginning of the afternoon, we finally arrived at the book fair. We had the schedule memorized for each of the signings we wanted to do, but arriving at the first stand where V.E.Schwab was signing, I kind of lost hope. There were hundreds of people waiting here, since hours and we definitely did not have a shot. Yet, after talking to the staff members of V. E. Schwab’s French publisher, we managed to get a ticket for her next signing later on in the afternoon. NUMBER 15. We were 15 in line to meet V.E. Schwab. Everything was alright. Also, I was freaking out.

A couple rows behind, we started queuing for Sarah Dessen’s signing and… everything was different. We weren’t too early, nor too late, but the queue was so short we actually were fifth in line to get a signature. It seems that Sarah Dessen is not that popular in France, a fact that made me a little sad. While we were waiting, I managed to catch a glimpse of V.E. Schwab’s red hair signing RIGHT NEXT DOOR. Right before Sarah Dessen came in, she also casually passed RIGHT IN FRONT OF US on her way out… before the next signing. I was freaking out. A lot.

Sarah Dessen’s signing – a.k.a me screaming inside

Sarah Dessen is one of the sweetest human beings on earth, I believe. When we finally met her, I gave her the book I had picked out, The Truth About Forever, hands shaking and nervousness spreading all the way to my toes. I WAS MEETING AN AUTHOR I LOVED FOR THE FIRST TIME OKAY. She was surprised I didn’t take her latest release, Once And For All and I managed to babble that The Truth was my favorite book. She said she loved the cover, I said thank you. (WHY??????) She said something sweet I said thank you. I asked to take a picture and I said thank you. Basically, I said thank you a whole lot and was crying inside. 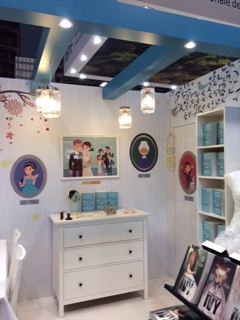 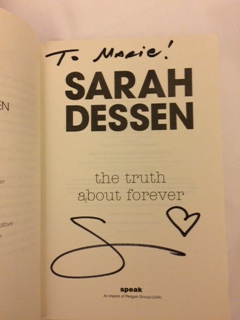 Should I mention that my sister had her book signed “Nyx” and that the author asked her if it was her name and joked about not being able to pronounce it? I should and oops, I just did. I think my sister was crying inside even more than I was.

Number 15. It’s strange yet kind of perfect that it’s also my birthday date. Okay, reading too much into this. With this little number in hand and the French Publisher’s organization, we were among the firsts in line to meet Victoria Schwab. Meaning that I actually saw her arrive, saw her chatting with the others in front of me and SCREAMED inside the whole time, while constantly asking my sister WHAT DO I SAY WHAT DO I DO HELP ME.

Finally, I arrived in front of her, gave her my book and actually managed to say words. I asked her if she learned some new French words. She told me her parents lived in France. She was super sweet and I wanted to tell her I loved her books and also casually wanted to mention that I loved her too but couldn’t get the words out. I managed to take a picture with her as well and got out of her shaking and screaming BECAUSE WHAT THE HECK it was Victoria Schwab and she was even more amazing than I thought she’d be. 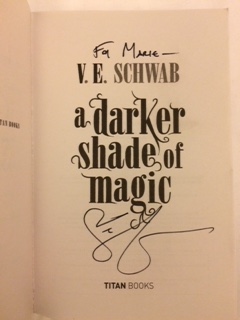 209 and 210. These were our numbers for the signing…. meaning that we had to wait a FREAKING while to get there, but we managed to do it without freaking out too much.  We were FAR from the first in lines, but we got into the queue, the lonely two girls with the English editions of the Lunar Chronicles books. There’s something that I find so strange. We imagine authors to be these amazing people, but she looked just like us, you and I, with stories inside of her head. That made me hopeful to do this one day.

We got out of our first book fair OPENLY freaking out. It was snowing and there were people and as we got out, casually ran into Victoria Schwab as she got into the salon again. I probably teared up my sister’s jacket from freaking out at that moment but no regrets.

Next morning, we went to the Louvre courtyard, enjoyed some muffins and slowly re-lived the day before in an haze, before getting back on our packed train, back to reality. 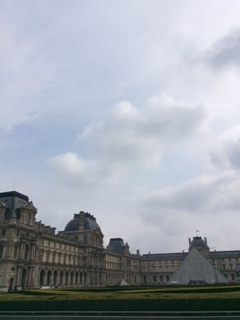 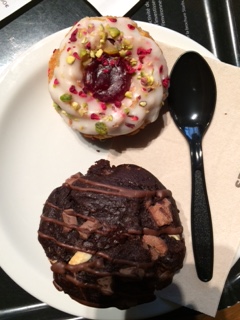 I’m sorry. This post was WAY longer than I intended it to be, but I hope you enjoyed getting this glimpse at my first book fair!

Did you ever go to a book fair? What was your experience there? Did you silently or openly freaked out, or a little bit of both?

Which authors would you like to meet THE MOST?! Let me know all of your thoughts in comments!